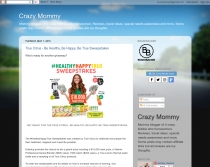 Blast From the Past at the 2017 Ohio Renaissance Fair

This was opening weekend of the 2017 Ohio Renaissance Fair. The fair opened at 10:30, so we got there at 10 to allow time for parking and getting our tickets from will call. The people who were directing traffic for parking were very helpful. There was plenty of space for parking, and having a handicapped sticker we were able to park right up front which was great. We parked easily and quickly found will call to get our tickets. We had a few problems as they couldn't find our tickets, but they quickly resolved the problem and we were able to get our tickets. We went and got in line as there was still a few minutes before they actually let everyone in. it was amazing just to look around and see everyone dressed up in costumes. The kids stood in awe. Once we got in we started walking around just taking in all the sights. There were so many shops to see. It was a lot to take in. We watched a little bit of dancing which was fun. . While looking around we ran into the Pickle Guy. We had to get a picture. We headed to look some more. We got to see a fairy who gave the kids a little bit of fairy magic. The kids then got to do a little sword fighting. They really enjoyed that, took out a little sibling rivalry. Silas was a little shy, but they included him too which was great. Next up was a very comedic show by THE DA VINCI BROS COMEDY OPERAS. It was a 1 man show, although he pulled audience members up to help him. They put on a Romeo and Juliet type show and it was very funny to watch. . After that show we found us some food from the very many available options. There is something for everyone available. We ended up choosing KJ’S CAJUN CUISINE which had decent prices and really good food. We took our food over to watch the Jousting match. This seemed to be the main attraction and was quite a sight to see. It is a not to be missed show at the Fair. The Knights are actually dressed in full armor and truly joust. We watched one of the knights get tossed right off his horse. After the Jousting match we walked around some more taking in all the sights. There were so many shops with so much available. So many handmade goods like clothing, soaps, accessories. There were even toy dragons. There were a few rides. You could also ride the horses or even camels! We then headed on over to the OOPS! COMEDY KNIFE THROWING. This was a funny and skillful show. The kids thought it was amazing they could juggle and throw knives like they do. They also were in shock with the surprise ending of the show. Bella was so confused. We walked around more. I would have to say the park was easy to push Silas's chair around. It was very handicapped friendly, even had handicapped accessible restrooms as well as ones with baby changing stations. This made me very happy to see. We headed on over to the next show which was the Kamikaze Fireflies. You might remember them from season 9 of America's Got Talent. They are quite the duo and an act you must see. Check out their website and see if they are coming to a city near you. . The last show we took in for the day was a production of Beowulf put on by Theater in the Ground as a Mudde Show. This is a show I would definitely recommend. They put on different shows throughout the day. They are quite comedic. If you like getting muddy, grab a front row seat otherwise you might want to stay in the back. They took like including the audience. Overall we all really enjoyed this years Ohio Renaissance Fair. There is something for everyone of all ages to enjoy. The location, although in the middle of nowhere is easy to access. The people there really enjoy what they are doing and it shows. There are so many things to take in. With the many shows and rides and food choices I would recommend coming with plenty of money. If you run out there are ATMs available. This is a trip I would definitely recommend to everyone. There were people there that had traveled all the way from NYC to see this Fair. I will definitely be returning.